HOW MOSHE FELDENKRAIS REMINDS ME THAT LIFE IS AN ADVENTURE BY ILONA FRIED March 07, 2017 I lived 46 years before learning about one of the most fascinating and inspiring figures of the 20th century. Moshe Pinchas Feldenkrais, born in 1904 in what is now Ukraine, descended from Rabbi Pinchas of Koretz, one of the pre-eminent followers of the Ba’al Shem Tov, the founder of the Hassidic movement. After growing up in a religious household in a climate hostile to Jews, Feldenkrais

A Taste of Movement with Moshe Feldenkrais

Walking On The Wall

Dr. Ruthy Alon at 87 doing a shoulder stand. She demonstrates rhythmical movement, which bypasses the usual resistance in the neck and upper thoracic. Movement is the joy of life and without it, joints suffer and deteriorate.

Ruthy Alon shows us how she so effortlessly uses her body while in her garden in the hills atop Jerusalem. 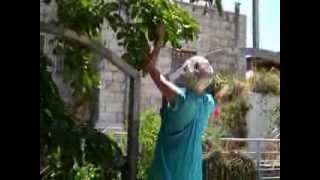 Bones for Life for Senior Rehabilitation

"This video gives a glimpse into the Integrative Learning Centre's July 2017 presentation at the Movement Body, Brain, Cognition Conference at Oxford, England. The paper: Alternative Movement Program in Geriatric Rehabilitation Bones for Life is pending publication in the journal of Functional Neurology, Rehabilitation: and Ergonomics, Volume 7". #MovementIntelligence #BonesForLife 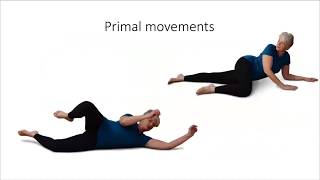 Two remarkable men from very different lineages. Dr. Moshe Feldenkrais a polymath who was so ahead of his time. A renaissance man and his findings of the brain's plasticity is now becoming mainstream. And Mr. B.K.S. Iyengar a master yogi whose influence has reached far and wide. Both of these men have had a huge influence in my life and have taken me on a journey to study and travel in India, Japan, North America, Israel, Seoul and Sydney and more. Memories of two remar

A beautiful goanna walking on all four points down my friend's Nick verandah steps in Burringbar. The creatures of the sub tropics in Australia. #MovementIntelligence #Posture

One of the fundamental principles of the Movement Intelligence program is to produce an oscillating vibrational tone through the skeleton. With an efficiently aligned skeleton bone density, strength and resilience can be improved. #Rhythm #MovementIntelligence #Posture #BonesForLife

Puss balancing on the buddha head before she jumped onto the roof. So sleek, poised and balanced. #MovementIntelligence #Posture

Bouncing Back from Lockdown with Movement Intelligence

When The Moment Sings The Muse Within 1996

THE SPHINCTER SYSTEM AND BONE HEALTH

The Tiger Walk with Movement Intelligence